The MXGP titles have been slowly inching their way forward through the years, generally only seeing minor changes with each iteration. Luckily, Milestone has crafted a pretty solid bedrock upon which to build its racing titles, and this latest entry — the series’ first foray on the PlayStation 5 — represents the franchise’s biggest leap forward to date. While still a predictably sparse outing, there’s a lot to love.

There aren’t a whole lot of options when it comes to motocross games, but MXGP 2020 – The Official Motocross Videogame is still able to provide a solid experience, which as sports fans know, is not always a guarantee. The gameplay isn’t mind-blowing but it’s better than it’s ever been, and unlike in some of the previous iterations in the series, it doesn’t actively detract from the experience.

This is further aided by the PS5, with the game running much more stably. Frame hitches and other technical problems are rarer than ever before. Furthermore, all of the tracks in the Motocross Grand Prix Circuit are present, and are lovingly recreated in intricate detail. Unfortunately, this doesn’t extend to the surroundings, where tiled textures and some very basic scenery detract from the immersion. While it’s not the most important thing in the world, it’s pretty deflating to be racing in a picturesque European valley nestled in the mountains only to be able to count individual pixels on the range. This becomes a much bigger issue when using the game’s photo mode, as there are a lot of pretty ugly textures you need to navigate around to get truly good pictures. 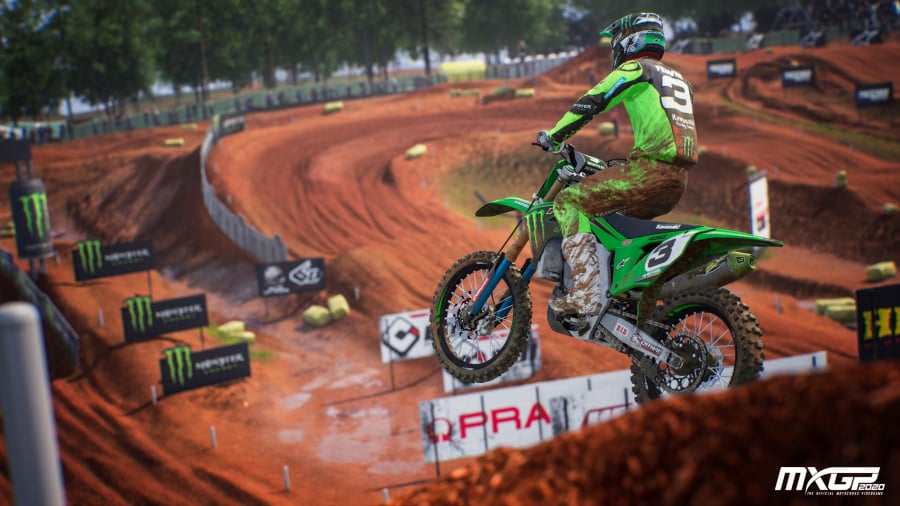 As mentioned previously, however, the riding feels the best it ever has. The controls and the actual mechanics are unchanged, offering the same flexibility as in years past, allowing for both arcade-style and more realistic simulation. But the haptic feedback offered by the PS5’s DualSense is a — pardon the pun — game changer. Being able to quite literally feel the track as you come around corners has never been more authentic. This helps create Milestone’s most immersive experience to date, and is far and away the best new addition to the game.

Less successful is the Playground area, this time an idyllic fishing village in Norway. An open world area in which to craft waypoint enduro-style challenges — and at some point after launch do so with friends — the Playground just feels half-baked. It’s a pretty barren area, with almost nothing worth actually doing. There are a few hidden Grand Prix tracks in here that offer a fun challenge, but beyond that, the area isn’t really worth exploring. Buildings are few and far between, the physics misbehave on hills frequently, and there are numerous invisible barriers. While the rest of the game feels complete, the Playground still comes as if it were in “early access”. At best it’s something worth poking around in once, and then probably never again. 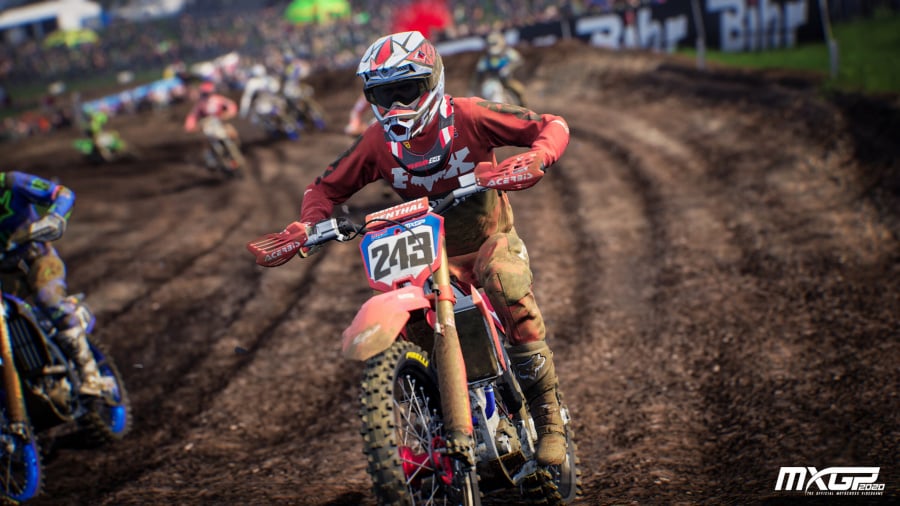 More worthwhile is the track editor, which now has new biomes to pick from, as well as a bevy of fresh options, such as being able to craft tracks at different elevations. It’s a fun area to spend time with and share with the MXGP community at large, which is now easier than ever. MXGP 2020 brings with it an increased cadre of servers, so the online experience should be smoother, something that’s been problematic in the past.

Another area that’s seen massive improvement is load times. MXGP games historically have had ludicrous load times, especially given the length of time you spend on a given track. The PS5’s SSD has now allowed that time spent loading to come way down. While the times still aren’t instantaneous, they are exponentially faster.

Ultimately, though, the game just feels a little light on content — lighter still if you look at meaningful things. The presentation doesn’t help, as while the career mode is functional, it’s all rather simple. In an era where sports games are able to include story modes, and all manner of extra bells and whistles, MXGP is pretty behind. If the trade-off is adding loot boxes or microtransactions, keeping things simpler is worth it, but it does feel noticeably behind in some respects. 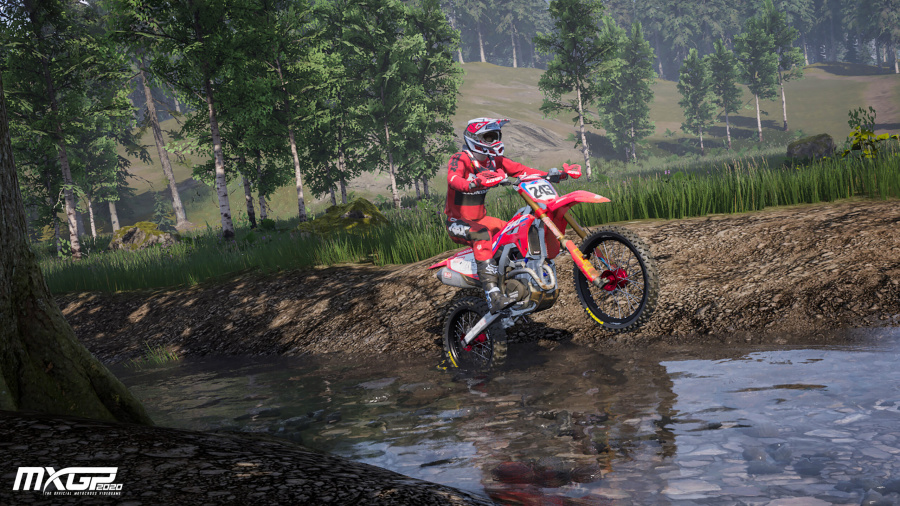 With both controls and load times seeing huge steps forward on MXGP 2020, our hope is that the next game targets sound design. There’s a limit to what can be done with a constant sound of engines revving and people cheering, but some added depth to the sound would be greatly appreciated. There’s no real utilisation of the PS5’s 3D audio, and much of the sound gets grating after the first few hours of playing. This is great if you want to throw on some music and turn MXGP’s sound down, but not so great if you want to feel well and truly immersed in the wonder of a motocross race.

While recurring problems persist, MXGP 2020 is the new highpoint for Milestone’s licensed racing series. Hugely reduced load times and more immersive gameplay than ever before help push this year’s entry that extra little bit ahead, though it continues to be let down by its environments and lack of content. The addition of Race Director Mode — a transplant from the Monster Energy Supercross titles — at a later date will definitely help, but a more substantial update in 2021 would be even better.

By admin1 hour ago0

By admin2 hours ago0
News

By admin2 hours ago0

By admin2 hours ago0
News

By admin2 hours ago0