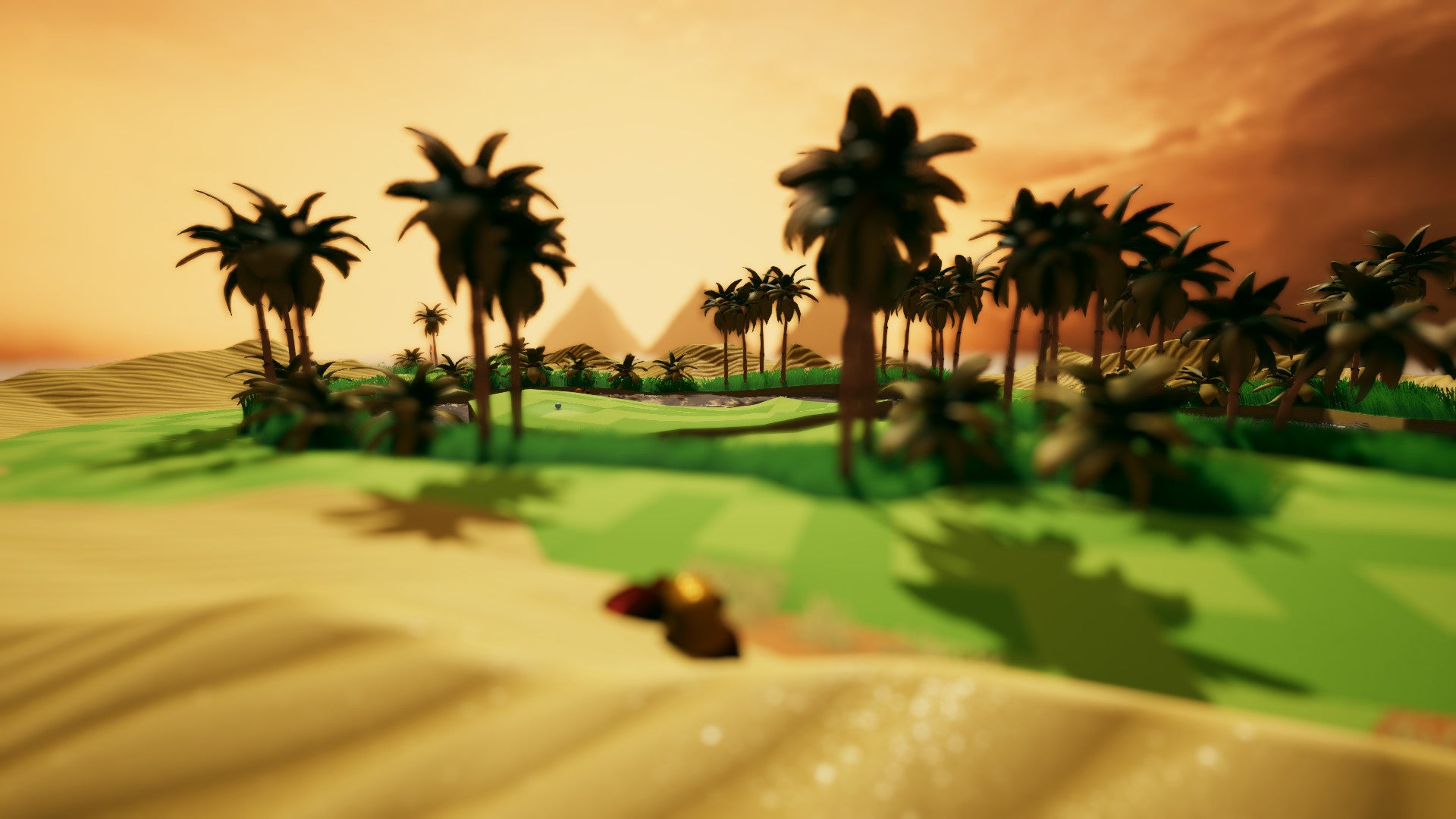 I love a bit of golf. I used to play, mostly badly, when I was younger, and still enjoy watching the major tournaments when I get a chance. I also got addicted to PGA Tour 2K21 and play at least one round of adventure golf a month during the summer. A Little Golf Journey on Switch and PC sort of combines all these things into a casual stroll of a game I’m going to be happy to chip away at for some time to come.

Broadly, this is a golf game like every other: you must hit a ball through an environment, eventually landing on a green, then putting the ball into the hole. It’s golf by any definition. What A Little Golf Journey doesn’t worry about too much is the stuff that usually goes hand in hand with all that – the stuff that might put some people off the sport.

There’s no club selection here. There’s no Par, no birdies, no bogeys, no competition. Each hole, part of a world of sorts (accessed via an old-school Mario-like map), gives up stars. You’ll earn a certain number of these stars depending on how many strokes it takes to get the ball in the hole. More stars open up new areas, but there’s never any sense of peril or stress. “Oh, no, I’ve wolloped the ball into that lake!” No bother, just restart the hole, no harm done. You haven’t just lost a major having been three strokes clear on the final tee.

When aiming your shot you can more or less see where the ball is going to land, and you pre-set the power, with an optional power-boost and precision aim both easily accessible at the press of a button. Putting is entirely strength based, and there’s a guiding line to ensure it’s almost impossible to miss.

You might think this all sounds nice, but, well, maybe a bit pointless? Why bother if there’s no challenge? But, the lovely thing about A Little Golf Journey, is that there is a challenge, but it’s more in figuring out how to best place the ball to get a low score and earn the most stars. Can you line up your second shot so that you can hit between some trees? Is it possible to skip part of the hole by cutting to an island in a lake? And what are those strange objects dotted about?

Getting maximum stars is indeed a challenge, but it’s a bit more puzzle-centric than traditional golf, which itself is a puzzle game of sorts when you think about it. Those strange objects, they’re collectibles or special items that unlock additional on-course challenges that once completed open up secret holes that get added to the main map.

It’s all rather smashing, and it looks gorgeous in a less is more kind of way. At some point I’ll have seen all there is to offer (there are over 100 holes), and at this point there will be less to stick around for than in a normal golf game (where you can potentially play forever competing with others or simply bettering your own person bests), but while there’s more to see I’m going to keep playing. Just chilling.

Disclaimer: Tested on Nintendo Switch. A copy of the game was provided by the publisher. Also available on PC. Priced £15.49.