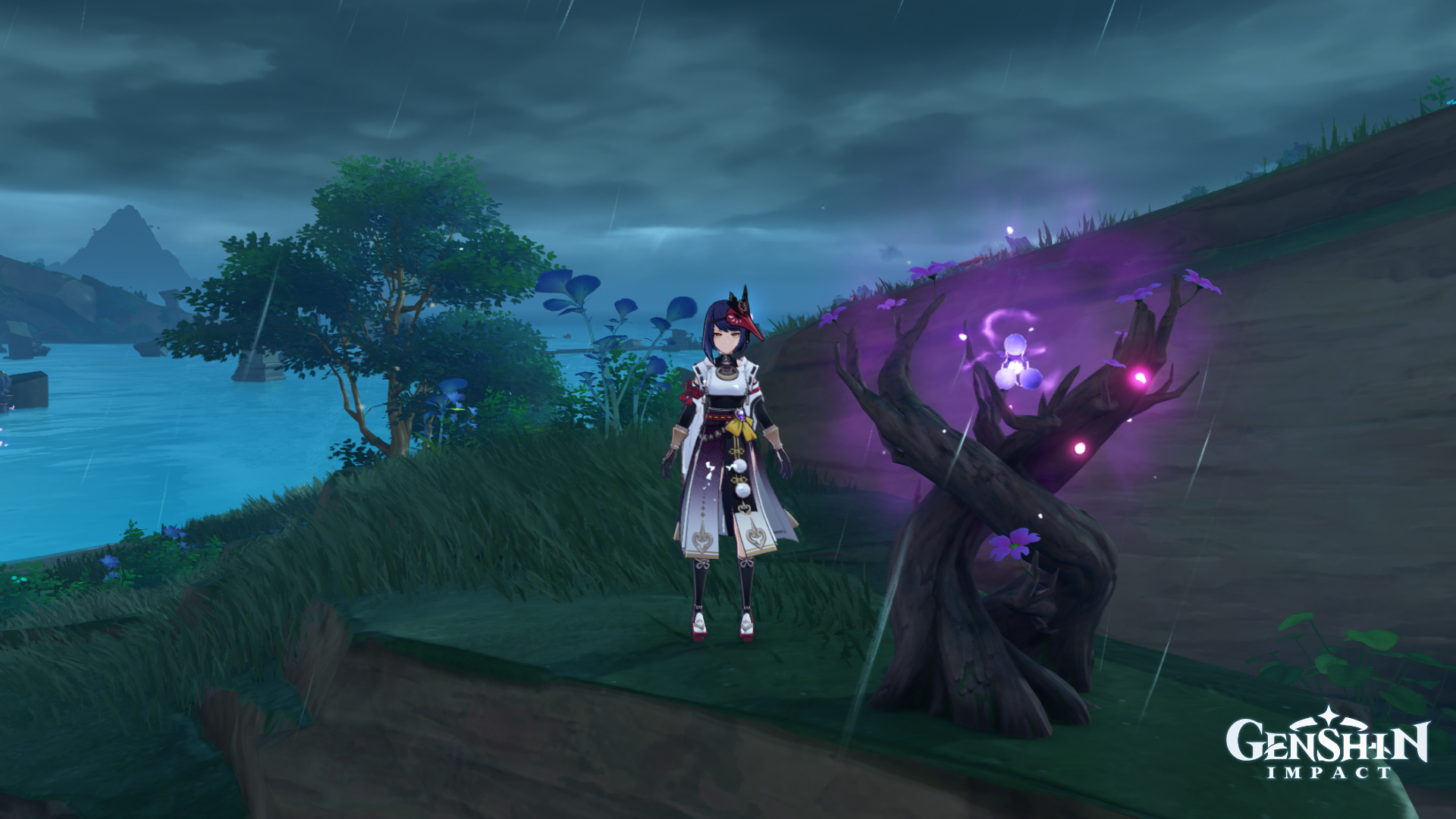 The Genshin Impact investigate the ruins task is a small part of the 2.1 update’s Archon quest chain.

It’s quite simple in practice, but there’s a fair bit of trial and error involved if you aren’t sure where to start. Here’s how to solve the puzzle.

This is a puzzle you can only solve once it comes up during the new Archon chain with Kokomi and Teppei, after clearing out monsters and checking in with the Swordfish. The Electro totems involved in the quest won’t appear otherwise.

Once this part of the quest begins, travel to the island in Fort Mumei that’s just south of the Wavewider waypoint.

Your task is igniting the three Electro totems in the right order and before time runs out. Fischl or Sara are ideal here, but if you don’t have either, Lisa works as well. Electro Traveler’s skill cooldown takes too long to work properly with this puzzle.

Make sure your party has at least one Pyro or Cryo character as well. A Thunderhelm Lawachurl pops up after you solve the puzzle.

Approach the island from the north. Ignore the first two totems, and ignite the one in the upper left. Then activate the middle totem before zapping the one near where you came ashore.

The Lawachurl should pose no great danger. Just make sure to buff your defense with some food if you run into trouble.

The quest takes a simpler turn after this part. Teppei shows up, and you’ll head back to Watatsumi Island for some easy “travel to objective marker’ steps before the quest ends.

That means you’ll have plenty of time for fishing, which is handy if you’re looking for a nice new polearm, and for grinding Genshin Impact’s new Ascension materials for Baal, Aloy, and Sara. Don’t forget Watatsumi’s new Domain either.